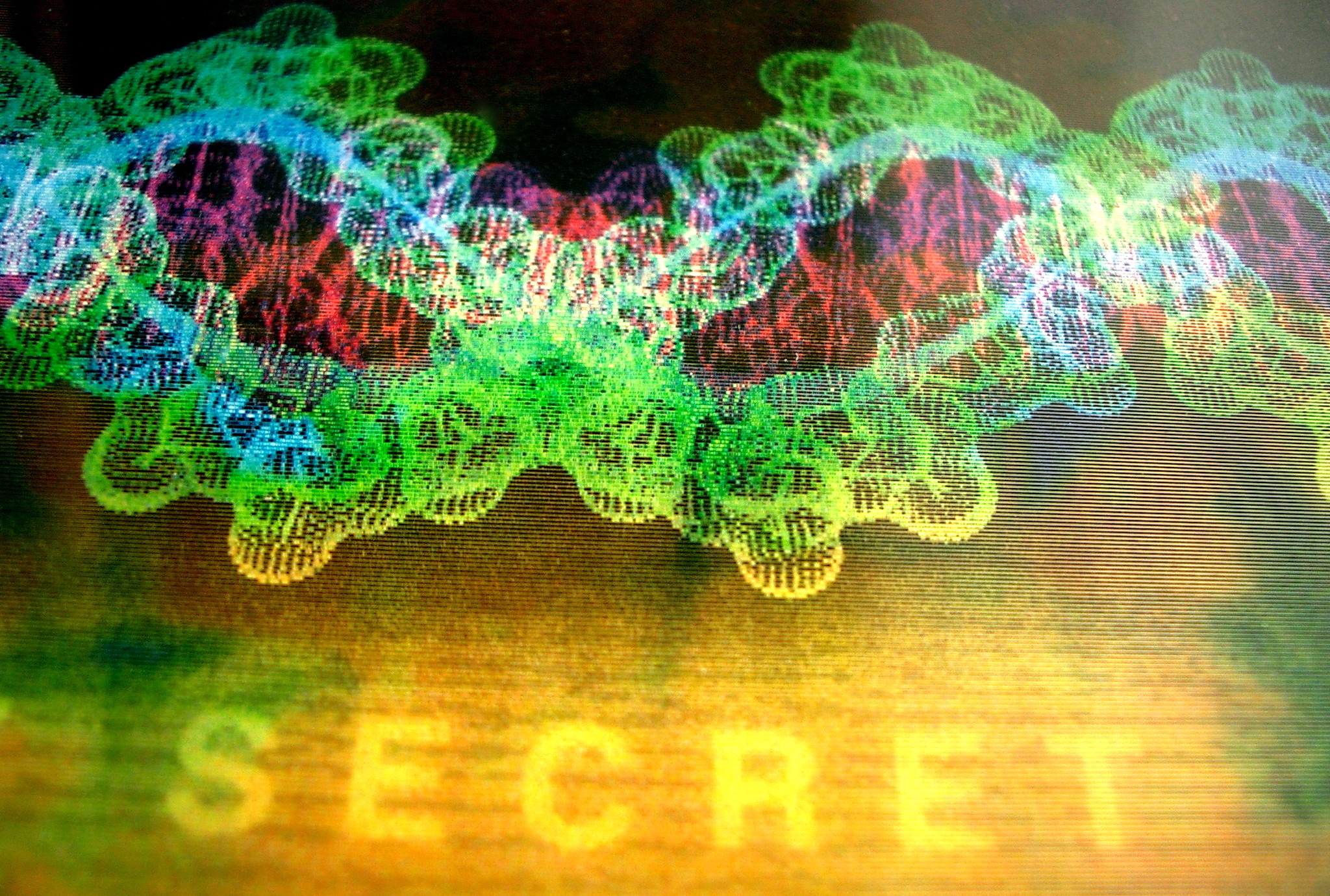 Morgellons patients produce artifacts comprised of keratin and collagen within their ulcerative skin lesions. A popular idea regarding Morgellons is that these artifacts are actually “nanomachines”. In this scenario, the nanomachines are dropped in with the chemtrails (or the trails are composed entirely of them) and the fall out pollutes our drinking water. The machines’ directives are to reconfigure host DNA so that it is suitable for the next, forced phase of human evolution. Whenever an individual exhibits lesions, the story goes, their body is said to be rejecting these “evolutionary upgrades”. Individuals who ascribe to this idea attest that it is faith in God which allows their bodies to reject the nanomachines resulting in skin ulcerations as they vacate. Should we have to ask then why are large groups of Christians, like countryside grandma and grandpa congregations, not exhibiting lesions despite their faith? That’s a lot to digest and a bit to fact check, but what is really the truth?

Many individuals that ascribe to the Morgellons nanotechnology idea are confusing nanotechnology with nano-sized particulates most of which are naturally occurring.

There is another reason Morgellons patients would fear self-replicating nanomachines are taking over our bodies, and that is the presence of artifacts that one would think nanotechnology to appear as. Artifacts described as quantum dots, hexagons, and what are potentially oleds have been observed seemingly “surfacing from Morgellons patients skin”. Often their descriptions do not match the actual items being described. Quantum dots, for example, look like this, whereas reported Morgellons “quantum dots” look like random chunks of CMYK colored plastic. No consistency has been demonstrated in these artifacts and the randomness suggests that they are simply mixed in with the environment.

Why is it Coming out of the Skin?

Morgellons patients share a commonality with Eczema patients, both afflictions produce bacterial biofilms in the skin. Bacteria, often aided by the immune-suppressing abilities of viruses, generally colonize by utilizing the resources available to them. Often, these are heavy metals sequestered from the environment. With additional sources of pollution becoming more prevalent, bacteria are afforded the materials they require for colonization efforts. So now it would seem we are primed for irregular skin events. A genetic predisposition to collect biofilms in the skin and an ever-growing supply of materials for pathogens to utilize in their colonization efforts?

Recent research demonstrates that these artifacts may not actually be coming out of the skin at all:

Other patients have described hexagonal crystals and “glitter” in MD skin. Spectroscopic analysis of the hexagonal crystals proved that they were contaminating man-made hexagonal objects (of the type used in cosmetics and greeting cards) with either cellulose or plastic centers and a metallic coating (V Loyd, Mount Allison University, personal communication, 2017). The “glitter” that we studied contained salts that were likely human bioproducts, and may have a role in MD (unpublished data). As extraneous artifacts can contaminate sticky lesions, it is important to collect only fibers deeply embedded in skin or clearly projecting in a hair-like manner for studies intended to determine fiber composition.

The History of Morgellons: From Delusion to Definition

What is Morgellons Really? 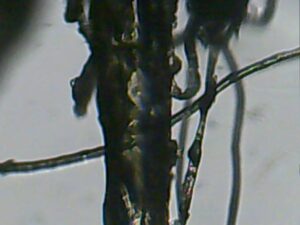 Morgellons is a disease in which bacterial biofilms form within the layers of the skin. These bacteria in many cases have always been there but are just now coming into the public’s awareness of them. Morgellons fibers, the defining characteristic of Morgellons Disease, consistently present as being comprised of keratin and collagen with the latter often being more prevalent. The cells which produce keratin and collagen have been observed generating these fibers under a scanning electron microscope. Bacteria have been consistently demonstrated as able to produce irregular expressions in cells they have compromised.

Morgellons is not Nanotechnology

In this article, we’ve analyzed the evidence and determined that this particular concept is extremely damaging to the patient-doctor relationship in Morgellons cases. Doctors see countless individuals, caught up in a sensational frenzy, claiming to have Morgellons Disease but not exhibiting any of the accepted diagnostic criteria. After a while, these professionals become discouraged to see any “Morgellons” patients because, even though the scientific literature contains criteria for actual Morgellons cases – they’ve rarely actually seen one. 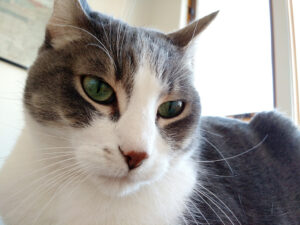 A horrible effect of these dangerous ideas is the triggered diagnosis, “delusions of parasites” for actual Morgellons patients. Most doctors do not have time to stay current on the latest scientific research. They run their practice like most other businesses, appealing to the demands for their services. At least they do receive continuing education once every year. If their experience includes seeing ten self-diagnosed Morgellons patients that complain of nanotechnology and no experience observing actual Morgellons pathology, then the next Morgellons patient through their door is likely to receive a preemptive diagnosis based on the doctors personal, and often negative, experiences.

If you see someone online trying to connect Morgellons with nanotechnology please, share this article with them so that they understand how their activity is limiting actual Morgellons patients.

There is of course no greater source of factual information about Morgellons Disease than this book:

Morgellons fibers have never been demonstrated to give another person special, or advanced capabilities. While governments often seem keen on wasting great amounts of capital, it doesn’t make sense that they would develop such advanced technology as to simply drop out the back of airplanes in the hope they reach their intended targets instead of simply drifting out over the ocean.

This idea of Morgellons and nanotechnology IS, in fact, the social paranoia that the media makes Morgellons Disease out to be.

Individuals who have never exhibited skin lesions are now claiming to have Morgellons themselves since “everyone has it, it’s in the chemtrails”. Being that Morgellons fibers are proven to be grown in the body from the bodies own cells, any suggestion claiming they are environmental is purely ignorant, maybe even potentially spiteful, of the established research.

11 thoughts on “Morgellons is not Nanotechnology”