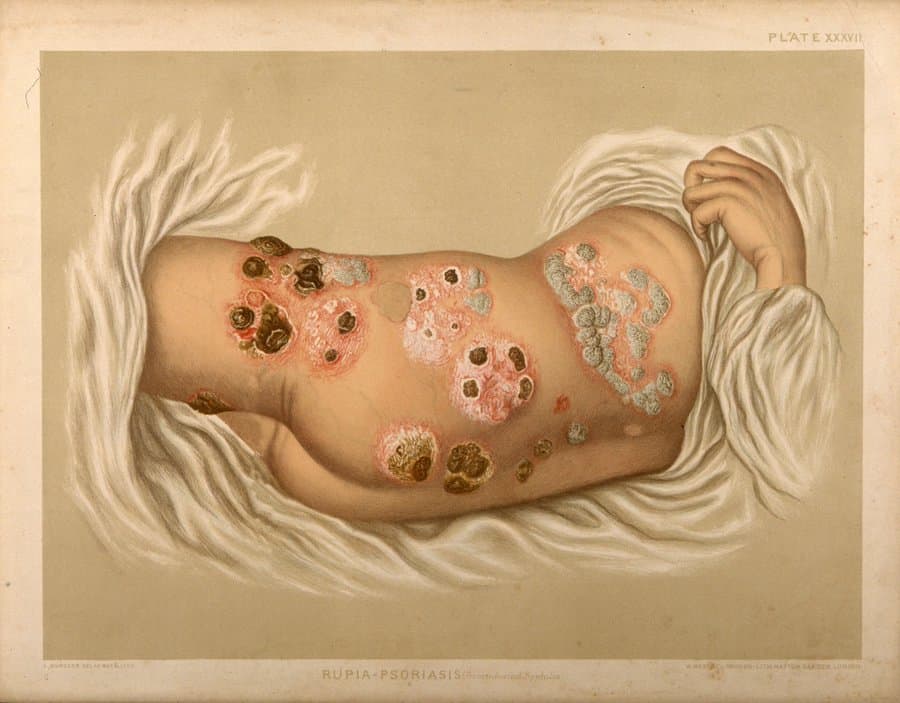 Several peer-reviewed scientific studies demonstrate that a positive Lyme test could mean Syphilis instead of, or in addition to, Lyme.

False positive Lyme serology due to syphilis: report of 6 cases and review of the literature.

A 44-year-old man presented with visual field defects. Ophthalmoscopy revealed papilloedema of the left eye. Neuroborreliosis was suspected and serum was positively being tested using VIDAS* Lyme screen II (bioMerieux Vitek Inc). However, confirmatory testing using the Borrelia VlsE C6 titre was negative. Western Blotting on serum and cerebrospinal fluid could not confirm the possible diagnosis of neuroborreliosis. VDRL and TPPA testing was positive, and finally, the diagnosis of neurosyphilis was established. We subsequently screened our database on patients with positive VIDAS Lyme screening and negative confirmatory testing by Western blot, and found another 5 cases in which Lyme screening was false positive due to cross-reactivity with Treponema pallidum antibodies. Our data show that in patients with positive Lyme screening and negative confirmatory testing, performance of lues serology should be considered.

Serologic screening of patients for Lyme borreliosis began at the Bascom Palmer Eye Institute (BPEI) in September 1987. This report reviews the data on 641 sera from that date up to January 1, 1990. Initially only immunofluorescent (IFA) IgG and IgM titers were obtained. Because of increasing numbers of borderline and positive IFA tests, a Lyme enzyme linked immunosorbent assay (ELISA) was added in April 1988. Also, because of significant serologic cross reactivity in patients exposed to Treponema pallidum, rapid plasma reagin (RPR) and fluorescent treponemal antibody absorption (FTA-ABS) tests were added to the serologic screening panel. Of all sera tested, 10% showed reactive RPR tests and 22% showed reactive FTA-ABS tests. Lyme IFA IgG titers were greater than or equal to 1:64 in 17% of the sera, and Lyme ELISA tests were greater than 1.25 in 15% of the sera. Our experience agrees with reports that serum RPR or VDRL tests are nonreactive in Lyme borreliosis, and that false positive FTA-ABS tests can occur in Lyme borreliosis. The importance of getting all four tests–RPR, FTA-ABS, Lyme IFA IgG and IgM, and Lyme ELISA–in all patients suspected of spirochetal disease is emphasized.

Some research even demonstrates how those with a positive syphilis test actually have Lyme disease instead.

[Suspected syphilis during pregnancy due to cross reactions in Borrelia infection].

A weakly positive titre (1:20) in the Treponema pallidum haemagglutination test and a highly positive titre (1:1280) in the fluorescence Treponema antibody absorption test, but negative result for IgM antibodies, were found in the serum of a 23-year-old pregnant woman. The cardiolipin microflocculation test was at first borderline positive, but negative on repeat. In the absence of a history of syphilis tests for Borrelia antibodies were performed. Those for antibodies against B. burgdorferi were highly positive in the ELISA test (550 units), in the indirect Borrelia immunofluorescence test 1:1280 for IgG antibodies and 1:160 for IgM antibodies. In the Borrelia-specific indirect haemagglutination test, which measures both IgG and IgM antibodies, the titres were 1:640 to 1:1280. These results confirmed the presence of an infection with B. burgdorferi and not with Treponema pallidum.

It seems as if the tests for each of these infections are all over the map.

Increased rates of Lyme disease and syphilis in the same geographic area prompted an assessment of screening test cross-reactivity. This study supports the previously described cross-reactivity of Lyme screening among syphilis-positive sera and reports evidence against the possibility of false-positive syphilis screening tests resulting from previous Borrelia burgdorferi infection.

The screening test is most likely to be positive in the secondary and latent stages of syphilis. This test may give a false-negative result during early- and late-stage syphilis.

Apparently the problem isn’t limited to just syphilis and Lyme either.

Cross-reactivity in serological tests for Lyme disease and other spirochetal infections.

Serum specimens from 163 persons with Lyme disease, tick-borne or louse-borne relapsing fever, yaws, syphilis, leptospirosis, or Rocky Mountain spotted fever were analyzed to assess the specificity of indirect fluorescent antibody (IFA) tests, an enzyme-linked immunosorbent assay (ELISA), and microscopic agglutination (MA) procedures. Strong cross-reactivity occurred when sera from individuals with Lyme disease, tick-borne relapsing fever, and louse-borne relapsing fever were tested against heterologous Borrelia antigens. Antibodies to Borrelia burgdorferi bound to Treponema pallidum in immunofluorescence tests for syphilis. Sera from subjects with syphilis cross-reacted in IFA tests and the ELISA for Lyme disease. Immunoglobulin antibodies to Borrelia or Treponema spirochetes, however, did not react with serovars of Leptospira interrogans in MA or IFA tests, and the prevalence of false-positive results in the reciprocal analyses was negligible.

If you think this is a lot to digest you’re not alone! So where do we go from here? It seems as if awareness and advocacy are good places to start. Do your friends know about these tests?